How to Improve Website Performance by using a CDN 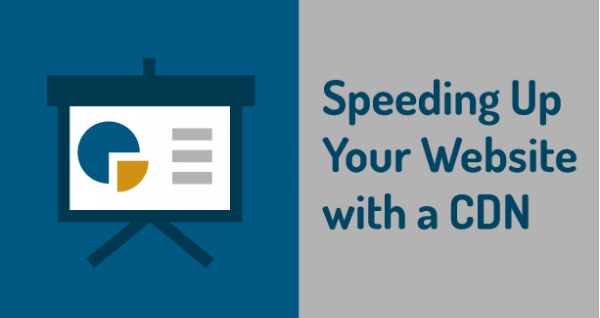 Your browser does not know what to download until it gets and parses the HTML markup of your file. Even after that there may be CSS or Javascript files which reference other files. This would increase the latency time. Other than that, browsers generally have a built in mechanism which prevents them from overburdening a single server (one domain) with too many request – generally after sending 5 requests browsers wait for responses before sending any more requests.

So how does a CDN help you get past all this?

A CDN instead of using a single web server for delivering all the files that make up your site, uses a network of servers to do the job.

Imagine all your Javascript files, CSS files and Images have been replicated on a network of servers across the globe. Now when someone visits your website, the following happens:

How to use a CDN?

Firstly, if you are using some Javacript libraries such as jQuery you are already using a CDN since these scripts are generally served through CDNs. But for your own custom files – JS files, CSS, images you need to setup your own CDN.

How to setup a CDN?

The main steps for setting up a CDN are:

Signing up for a service

There are many CDN providers out there, you just need to narrow down to one of them and subscribe for a service Identifying the files which are to be hosted on a CDN. You would be using a CDN to serve things such as CSS, JS files and images. You need to compile a list of these assets. The generally principle is that your webhost serves HTML and the rest of assets come from the CDN.

Moving files to the CDN

For most CMS systems such as Wordpress, CDNs have automatic steps which can be followed to move all files to the CDN. For others you need to figure out how to move the files. However, the basic premise is the same. You need to have your files on a network from where they can be loaded to the CDN, which in-turn can replicate those files across their CDN network.

Deciding how to name urls

Once your files are up on the CDN serves they would be having different urls than they once did e.g. if your old file was at “example.com/main.css”, it might now be located at a url such as hsggte122771663782yt/main.css. You can make use of these urls but they don’t seem to look so nice. So you can instead choose a name you like (e.g. cdn.example.com) and use something called CNAME to redirect users to this name.

Ensuring your webpages are calling files from the CDN

Though this may look complicate, but it is quite easy especially if you are using a CMS system such as Wordpress. For Wordpress all you need to do is install a plugin like W3 Total Cache and enable the CDN in that plugin. Any blog using a caching system can be very easily configured to use a CDN.

For the purpose of testing whether your files are being downloaded from the CDN in the correct manner you can go to the dashboard and check for the usage of your files. Apart from this, you can test out your website from different locations using a service such as webpagetest.org. Though all these things might sound complicated, and it does require a bit of learning but it’s all worth the effort once you start looking at the benefits you can get out of this.

The Fundamentals of Database