PHP start OOP in PHP 4 and a stable model of Object Oriented Programming (OOP) introduced in PHP 5 in 2004. We all making applications in procedural programming and want to move to OOP way, Object Oriented is an style of coding that allows programmers to group similar tasks into classes, using Object Oriented Programming you can easily maintain your code. Before going to explain OOP let me give you some real example like universe made of different objects like sun, mars, moon etc, a car made of different objects like steering, engine, break etc. 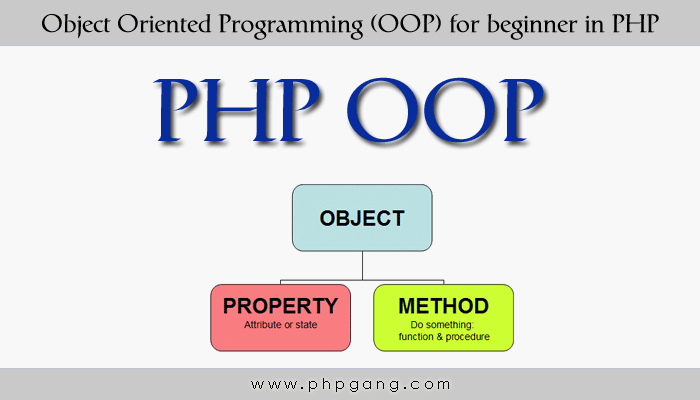 Class: Class is a term used in the OOP paradigm. They provide abstraction, modularity and much more to your code.

Object: Object is instance defined by your class. Define one class and create many objects of that class.  Objects are also known as instance.

Inheritance: Inheritance is most useful tools of OOP. Inheritance allows you to create one or more classes derived from a base class ( also called parent class ).

Parent class: Class inherited by another class. This is also called a base class or super class.

Child Class: A class that inherits from another class. This is also called a subclass or derived class.

Data Abstraction: Representation of data in which the implementation details are hidden (abstracted).

Encapsulation: One of the biggest advantage of OOP is Encapsulation or data hiding. It hides the data from being accessed from outside a class directly.

Constructor: Classes with a constructor method call this method on each object creation, initialization that the object may need before it is used.

Destructors: Function which will be called automatically whenever an object is deleted or goes out of scope.

Creating a class is very simple and easy declaring a class using class keyword followed by the name of that class.

This is how you can create a class and insert your code inside it.

Once you created you class now create that class object as many as you want.

This is how we create an object of a class.

Calling member function of a class

PHP class can be inherited from a parent class by using extends keyword syntax as below.

The child class (or subclass or derived class) has these characteristics

2. Same member functions as the parent and all work same as parent work.

Here childClass is the the Child Class of Parent Class myFirstClass.

Polymorphism means different behavior for same operation like animal talk behavior is same talk but sound is different from all animals.

Method overloading is where a class has two or more functions of the same name, but accepting a different number and/or data types of parameters.

In PHP, overloading means you can add object members at run-time, by implementing some of the magic methods like __set, __get, __call etc.

Encapsulation hides data being accessed from outside a class directly.

There is 3 types in encapsulation:

Its a default state of methods and properties of a class, can be accessed outside the class, within the class and in an other class that implements the class.

If you wish to limit the accessibility of the members of a class then you define class members as private or protected.

By describing a member private you limit it to be accessed to the class in which it is declared. A class member can be made private by using private keyword in front of the member.

If any class extends this class not able to access myPrivateFunction just because of its a private property of this class.

Constructor function is a function which called when object created of the class. So we can use this to take its advantage and initialize many things on object creation.

PHP provides a special function called __construct() to define a constructor. You can pass as many as arguments you like into the constructor function.

So that’s all for today’s tutorial and I hope it helps the and please don’t forget to give me your feedback.

6 responses to “Object Oriented Programming (OOP) for beginner in PHP”

How to get your Facebook Feed with graph API using PHP