PHP 7- Features that will woo every PHP fan

Since many years from now, PHP has been regarded as one of the truly brilliant server side scripting languages used for development of websites and web applications. There has a huge collection of PHP versions which have been successful in becoming the best choices of web developers all over the world. The next one to join the group of PHP is PHP 7. With its planned released date approaching at a rapid pace, there have been constant debates regarding the features that would be available with this yet another PHP software version. 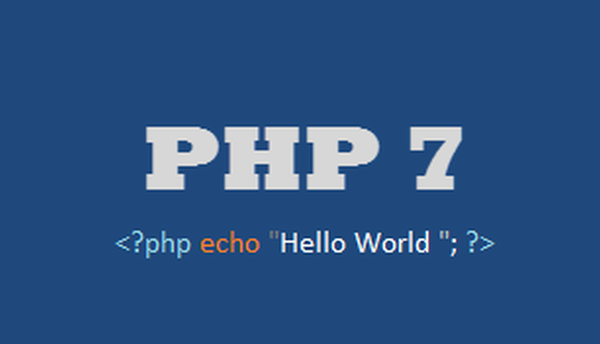 In this post, I’ll be focusing my attention of some of the features that are expected to arrive with the yet-to-be-released PHP version 7. I’m sure a detailed knowledge about these features would allow you to make the most of PHP for your good. So, let’s learn more about these PHP 7 features.

With the release of PHP 7, you’ll now be able to indicate appropriate return types on functions in the form displayed below:

You can specify the return types as int, string, bool etc. The only thing that you need to remember here is hat all you methods and functions which would be returning a specific return type would be unsigned. A possible solution to this is to return instances of wrappers for such kind of values.

Also known as the spaceship operator, the Combined Comparison Operator <=> serves as a brilliant addition to PHP. It works just like strcmp() or the version_compare() functions returning -1 in case the left operand is smaller than the right one, 1 in case the left is greater than the right one and 0 in case both are equal. One of the greatest advantages of Combined Comparison operator is that it can be conveniently used any two operands(floats, integers, arrays etc.) and not just the strings. Have a look at how the Combined Comparison Operator is used in sorting callbacks:

With key changes being introduced as phpng, PHP 7 will have its performance raised by great bounds and leaps. A majority of smaller hosts would benefit from this increased performance and adopt PHP 7 without giving a second thought. It is expected that PHP 7 will have its performance at par with Facebook HHVM. The only exception being that PHP 7 won’t have a JIT(Just In Time) compiler. Additionally, this new PHP version would also have substantial memory savings.

Although the API used for building PHP extensions is still under the refurbishing process, it is subjected to multiple changes. The all new extension API introduced with PHP 7 would be compatible with HHVM run-time as well.

As an attempt to bring in the must-needed userland consistency, the PHP web development community has planned to add Abstract Syntax Tree(AST) into the PHP version 7. Serving as an intermediate code representation tool, AST would allow you to eliminate some of the visible inconsistencies in addition to creating room for incredible tooling such as the usage of AST for creating absolutely stunning opcodes.

Uniform Variable Syntax plays a pivotal role in solving multiple inconsistencies in the way different expressions are being evaluated. For instance, here is how you can call closures which are already assigned to properties with the help of

That’s it for now!

There’s no doubt that PHP 7 is assumed to be one of the most promising versions of PHP. Now that you know about some of the most impressive features that it has in store for you, it’s time to wait for the ‘Big’ release and take full advantage of PHP for flawless web development.

Creating a game with JavaScript and Processing.js part 1