Are you unable to attract more social shares in spite of sharing compelling content across social media sites? Well, social media has become a great source for websites to drive constant traffic. But if you are not sharing enough visual content that resonates with your users, you are missing out on an opportunity to improve user engagement.

When sharing content across social networks, visual content plays a more important role than a plain text. Web users are more stimulated visually and tend to grab the information quickly through visual content instead of reading a lengthy post word by word.

The power of visuals allows users to take action according to its subtle cues quicker than any other type of content. Visual content is one of the best weapons to improve customer retention and build an immediate impact. Also, using visuals to its extreme extent is not only limited to image-oriented sites such as Instagram and Pinterest. It is drawing attention and engagement across all social media sites including Twitter and LinkedIn.

Studies have also shown that:

Now that we know images play a crucial role in driving user engagement, let’s see what type of visuals you should use.

Quotes are a great way to reveal the snippet of a business ethics. They are also amazing in illustrating a point. In fact, they are an outstanding way to make your content aesthetically appealing while highlighting the point. They highlight your brand’s personality, reveal what inspires and must resonate with the belief of your users and followers. As a matter of fact, if the users relate to a quote, they will not hesitate to share it on their own pages.

If you have any particular quote that you may want to highlight, you can make use of quote card, which is particularly created for this purpose. When designing quote cards, feel free to use your creative side, but also ensure that the message of the design is authentic and relevant.

In the era of visual content, GIFs images are also enjoying a constant rise in popularity. GIFs are an amazing way to quickly share an emotion or transmit information to others that are overwhelmed with content and prefers image-based interaction.

They have quickly become an important part of social media today. A study has also shown that:

These stats certainly prove the popularity of GIFs among web users.

A GIF can be used for a variety of purposes, let’s have a look at some of the ways you can use it.

Sometimes it is a lot convenient to just explain a process in an image than to describe it in words. From how-tos to step-by-step processes, a GIF can prove to be a beneficial tool to make things a lot easier.

GIFs can also be used to tell a story in an effective and interactive way. You can string multiple still pictures together to create a story of motion.

Have a campaign to promote? Build it with GIFs and see the magic begins. Since GIFs are a compelling and fun way to interact, it makes absolute sense to use them in a campaign or an ad to draw the attention of the users.

GIFs allow you to give your customers a closer look at your products. They can offer the kind of details that a customer is looking for.

Infographics are a visually compelling interaction medium that is a combination of analysis, writing, and design. They can communicate complicated information in a visual format that promotes social sharing. They are extremely helpful in breaking down your content into an easily comprehended step-by-step process. 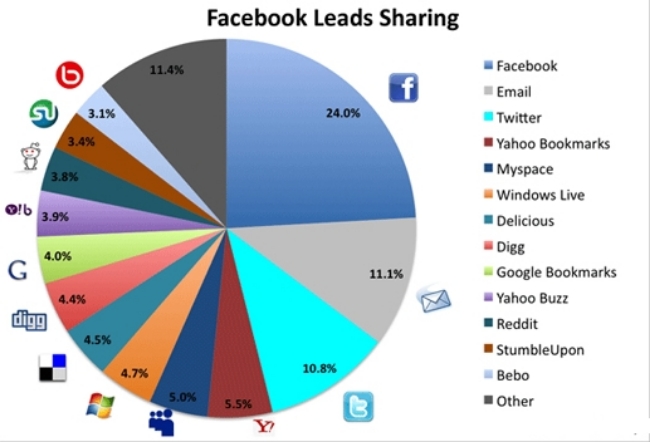 Reasons to use Infographics:

According to a study by KISSmetrics, it received more than 41,142 links merely by employing 47 infographics in their blog posts. An infographic that is interactive and fascinating will drive constant traffic to your site and encourage visitors to click and share it.

Infographic that consists of your brand’s logo and name serves as a means of spreading brand awareness among web users.

Since infographics are extremely attractive and compelling, they have the capability to be shared on social media and become viral than the ordinary content.

Screenshots are yet another way of visually illustrating your point to your audience. A majority of webmasters use screenshots not only to make a plain text content compelling and attractive but also to add credibility to the key points mentioned it the content. 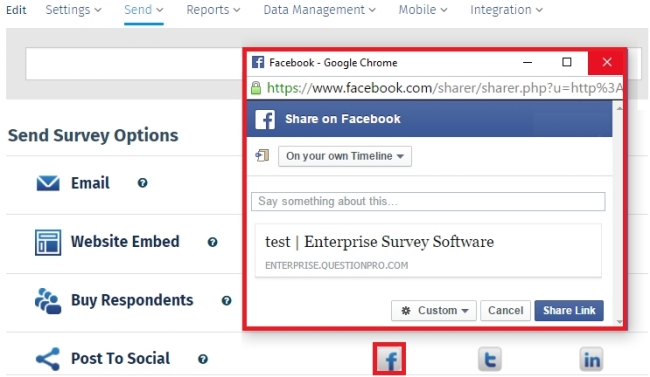 A graphical data includes stock, areas, columns, charts, pies, graphics and so much more. Adding a graphical data to your blog post is another way of making your content visually appealing while supporting your statements with factual information. It adds much more credibility to your blog post and enables your users to analyze relationships and trends in the data gathered. As a matter of fact, quantitative data is a lot easier to describe instead of explaining it in words or numbers. 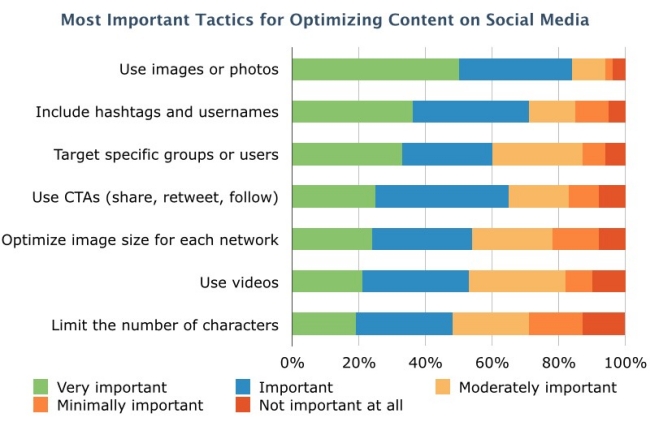 Tools to create graphs and charts:

Shareable visuals are the key to developing compelling social media content. There is hardly any network that does not depend on engaging visuals to communicate with its audience. The best way to integrate visuals into your content is to employ images that actually speak to you users. Visuals have the power to enhance the credibility and identity of your business in no time.